The Dan Scism Scholarship Award, named in honor the tournament’s founder and former sports editor of The Evansville Courier, is open to contestants (both qualifiers and exempt players) who are graduation senior from high school the same year the tournament is played. Candidates will be selected on the basis of academic achievement, financial need, excellence in character and involvement in the spirit of golf. Skill or excellence in the sport of golf is not a criterion. Applications for the Dan Scism Scholarship Award must be submitted with all required information by the tournament entry deadline. 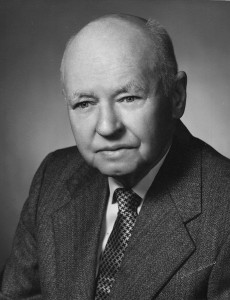 HISTORY OF THE SCISM SCHOLARSHIP

One of the most far-reaching decisions involving the Courier & Press Men’s City Golf Tournament was the decision in 1965 to eliminate merchandise prizes for top finishers and institute an annual college scholarship. Tournament founder Dan Scism, sports editor of the Evansville Courier until his retirement in 1967, reported it this way:

“Tourney officials, by unanimity, decided to change the format for distribution of the entry fee money in order to set up a college scholarship for deserving young contenders. Instead of merchandise awards to the first 20 finishers, a plaque will be given for third, fourth, fifth, sixth, seventh, eighth, ninth and tenth places….The champion and runnerup receive trophies. No doubt a lasting award will add prestige to the tournament. Glory greatly outweighs materialism among amateurs.”

Apply for the Scism Scholarship

The Dan Scism Scholarship Award, named in honor of the tournament’s founder and former sports editor of The Evansville Courier, is open to all contestants (both qualifiers and exempt players) who are graduating seniors from high school the same year the tournament is played. Selection of the recipient is based on academic ability, character and need, not on golfing ability. Applicants must play in the tournament the year of graduation. Applications will be accepted March 1 through the Evansville Courier &amp;amp; Press Men’s City Golf Tournament registration deadline, and must be submitted with all required information.

Dan Scism joined the Evansville Courier in 1923 as a police reporter and became sports editor in 1925, serving in that capacity until his retirement in 1967. A native of Bloomfield, Missouri, Scism’s newspaper career brought him into contact with some of the nation’s leading writers, including Grantland Rice, Damon Runyon and Red Smith. Scism covered such  famous sports figures as golfers Bobby Jones and Walter Hagen, boxers Jack Dempsey and Gene Tunney, baseball players Babe Ruth and Lou Gehrig and football’s Red Grange. He also covered such events as the World Series, Kentucky Derby, the olympics and the Masters. He started the Evansville City Golf Tournament, the Evansville Golden Gloves program and a baseball league. He also bred, raised and raced thoroughbred horses. Scism, who served as the Indiana Sportswriters and Sportscaster Association (ISSA) president and received the association’s Joe Boland Award for service to youth. He was named a Silver Medal Award recipient by the Indiana Basketball Hall of Fame and was included with the inaugural Class the ISSA’s Hall of Fame in 1996. He is also a member of the Indiana Journalism Hall of Fame. Bio courtesy of ISSA’s website.